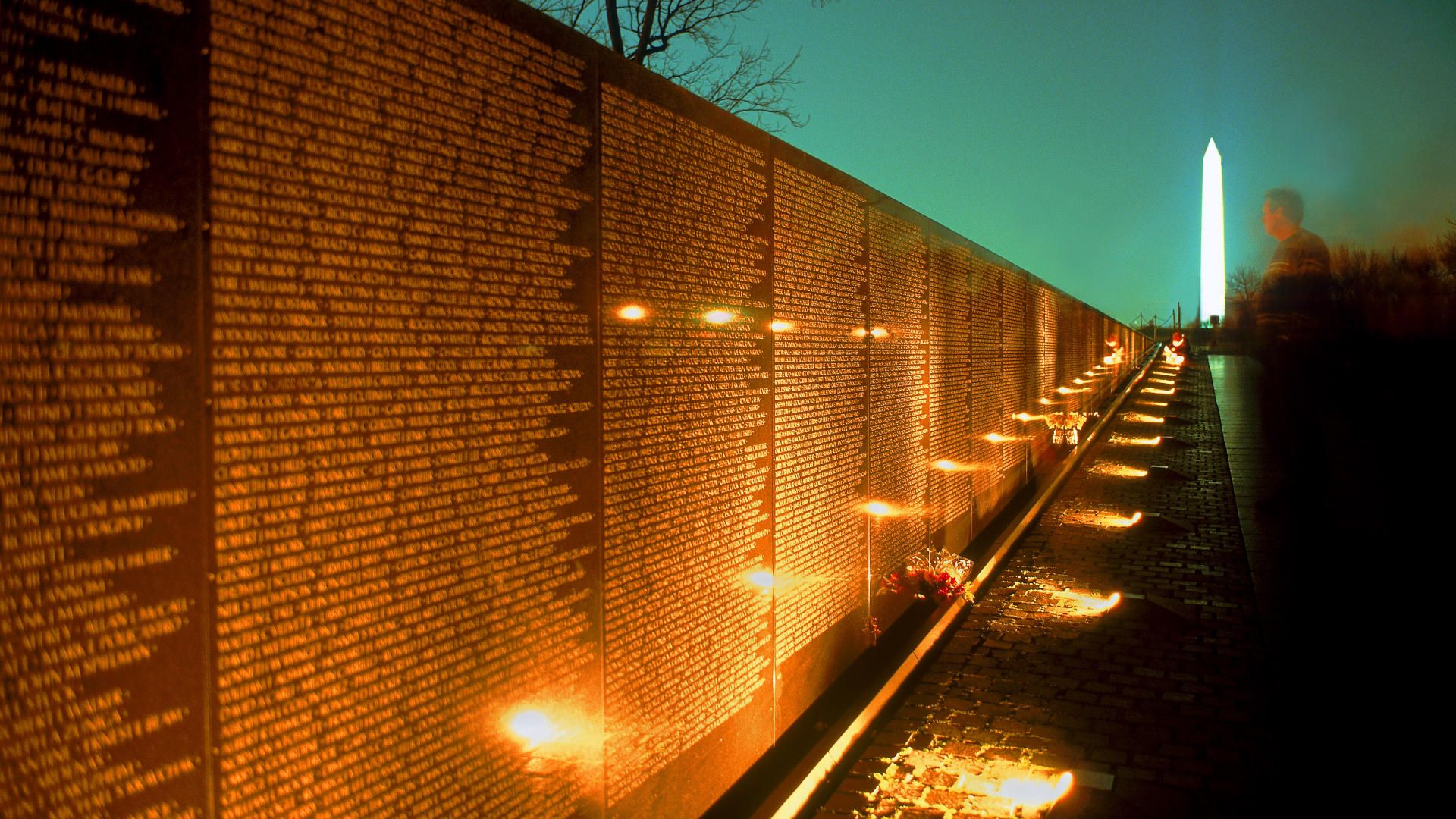 Three decades ago, the Vietnam Veterans Memorial in Washington DC was officially dedicated on Nov. 13th 1982.

Consisting of two reflective walls that span 246 feet long, the memorial’s ends point to the Washington Monument and the Lincoln Memorial. In Optima typeface, the names of over 58,ooo soldiers killed in the war are etched into the reflective granite surface.

If you go to the wall on any given day, you’ll find people walking, praying, and making pencil rubbings of names of loved ones.

In a “Washington Post” opinion piece released last week, Vietnam veteran Arnold E. Resnicoff states that the Wall has become a place of healing for many. “Built to heal a nation, the Wall would provide a place for all, regardless of feelings about the war, to come together to mourn our dead,” said Resnicoff.  “And in so doing, to honor those who had survived as well: veterans who still bore the wounds – physical and emotional – of their service.”

Without using any funds from the government, Jan C. Scruggs – a Vietnam veteran – managed to put together the Vietnam Veterans Memorial Fund in 1979 and fundraised the $8.4 million needed to design and build the memorial.

At just 21 years old, Maya Lin – a Yale undergrad student – submitted a design as part of a class project and won in 1981. Beating out 1,420 other designs, her V-shape concept of the memorial won her the largest design competition in American history.

Despite some calling the wall “a nihilistic slab of stone” or accusing Lin of being a communist, Lin’s design is not only beautiful but also acts as a haunting reminder. She has gone on to design other award-winning monuments.

The memorial has become one of the most visited places on the Washington Mall, with 4.2 million visiting the wall already this year.

If you have the time while you’re in Washington for MOVE:DC, you should go as well.