MLK: remaining awake through a revolution 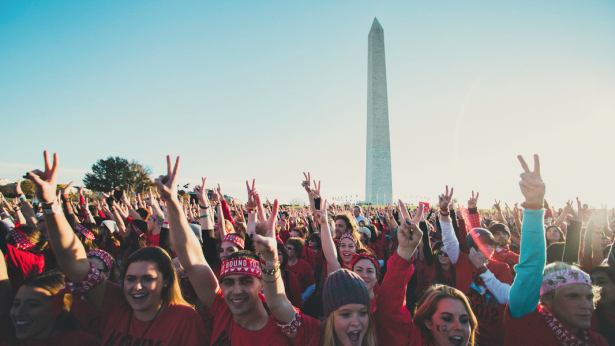 This past November, in the shadow of the Washington Monument, thousands of young activists in a sea of red shirts listened as Richard Mark Ochaka spoke with power and conviction on behalf of a generation affected by LRA violence. It was in this same spot, nearly 50 years ago, that a different generation listened to the dreams of another man who spoke with the same power and conviction for his own people. These men, separated by nearly half a century and born halfway around the world from one another, were and are the foremost purveyors of human justice.

Dr. King redefined the way we fight for social change. In the spring of 1968, just months before his death, he spoke about the importance of remaining awake through a revolution and the dangers of neglecting something of such great importance:

“One of the great liabilities of history is that all too many people fail to remain awake through great periods of social change. Every society has its protectors of status quo and its fraternities of the indifferent who are notorious for sleeping through revolutions. Today, our very survival depends on our ability to stay awake, to adjust to new ideas, to remain vigilant and to face the challenge of change.”

Dr. King, in his slow and captivating voice, brought to light the myths created to keep true social change from happening, and challenged his listeners to reject these excuses and stand together towards human progress:

“Somewhere we must come to see that human progress never rolls in on the wheels of inevitability. It comes through the tireless efforts and the persistent work of dedicated individuals…and without this hard work, time itself becomes an ally of the primitive forces of social stagnation. So we must help time and realize that the time is always ripe to do right.” He also stood firm on the belief that all decisions, especially regarding human rights, should be made first and foremost within a man’s conscience rather than superficial reasoning:

The Civil Rights era was truly revolutionary and for those who remained awake through it and did not falter despite the trials and tribulations. In return, they experienced something greater than themselves. Because of that unique moment in time, their lives were forever changed and many of them continued to pave the way for human rights. They left a legacy that can never be wiped away.

KONY 2012 was the start of a new revolution. One that changed the way that our generation sees the world around it and reacts to the injustices within it. Those who stood up for the basic rights of our neighbors thousands of miles away chose to stay awake through a revolution. When some chose cowardice, expedience, and vanity, they chose truth and conscience. This past year showed what we are capable of and MOVE:DC proved that we will stop at nothing to bring the world’s worst warlord to justice.

This revolution is not over. 2013 is not an expiration date, but rather a challenge to continue moving forward. Progress is being made and we must adhere to Dr. King’s words and stay awake through this revolution. The LRA is not stopping and neither are we.

Five Years After KONY 2012 || How Have Things Changed?

Five years ago this month, we launched the KONY 2012 campaign. Many recognize KONY 2012 as a YouTube video that became an overnight viral sensation. With over 100 million views in just a few days, our 30-minute film about a relatively unknown rebel conflict in central Africa became the most viral video of all time […]