The International Criminal Court (ICC) trial of former LRA commander, Dominic Ongwen, is set to begin tomorrow. So, in preparation, we thought we would take a moment and recap where the proceedings are and talk about what we can expect to see happen moving forward. So, what’s happened so far?

In early January 2015, former LRA commander Dominic Ongwen turned himself over to the custody of US Military personnel in the Central African Republic (CAR) before being transferred to the custody of the International Criminal Court.

Prior to his surrender, Ongwen spent two decades within Joseph Kony’s Lord’s Resistance Army (LRA)  after being abducted by the group at just 10 years old. Indoctrinated and forced to fight as a child soldier, he quickly rose through LRA ranks to become one of Kony’s top commanders.

Ongwen became known for his volatile nature as well as for his bravery and led some of the LRA’s most brutal attacks on communities. But, according to accounts of former LRA fighters, he also risked Kony’s wrath on several occasions and his eventual decision to surrender was likely motivated by fear for his life after a falling out with the group’s leader. 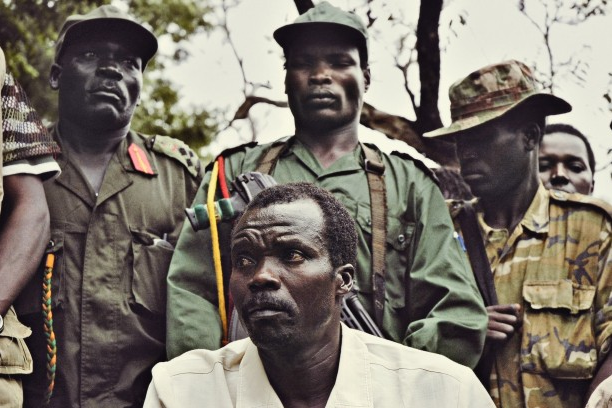 In 2005, the International Criminal Court indicted Dominic Ongwen, along with Joseph Kony and four other high ranking LRA officers on counts of war crimes. Ongwen’s charges included the crime of enslavement, making him the first person to be charged by the court for committing the same crime committed against him.

Since his arrest, the ICC has confirmed additional charges, and this week he stands trial charged with 70 counts of war crimes and crimes against humanity. These charges include several counts of sexual and gender-based crimes, which the prosecutor in his case focused heavily on in a pre-trial brief released in September.

What can we expect to see coming up?

Tomorrow, on December 6th, the charges filed against Ongwen will be read before the Court, after which his defense will then enter a plea of innocence or guilt. Following, both the prosecution and defense will deliver opening statements.

Proceedings will resume on January 16th, when the prosecution will present its case. Following the prosecution’s case, legal representatives of Ongwen’s alleged victims will have the opportunity to submit observations before the defense presents its case. It’s likely that the defense will make the argument that, as a abducted child soldier himself, Ongwen is just as much a victim as he is a perpetrator of the crimes he is charged with. Due to the volume and complex nature of the crimes Ongwen is charged with, it’s likely that his trial will be long and could take several years.

Finally, we can expect the judges to render a verdict, which will be read before the court. If Ongwen is convicted a sentence will be imposed, which will be served in within a State designated by the Court.

Thousands of victims are expected to participate in the course of the trial, and the ICC has taken measures to render court proceedings accessible to communities affected by Ongwen’s alleged crimes, including setting up viewing locations in northern Uganda, distributing audio-visual programs, and organizing face-to-face outreach in affected communities. Over the course of all of this, we continually come back to the significance and importance of this trial. Not only is this an opportunity for victims of LRA violence to pursue justice for themselves and their families, this case also has the potential to set important precedents for international justice. As both a victim and a perpetrator of several of his alleged crimes, how the court handles Ongwen’s case will be very important in years to come. Additionally, the prosecutor’s decision to focus on sexual and gender based crimes increases the significance of this already groundbreaking case.

As the world watches to see how justice unfolds for Dominic Ongwen and his victims, we also must remember the countless others in central Africa, who remain in LRA captivity and who continue to face violence and exploitation at the hands of both the LRA and other armed groups. At Invisible Children, we are committed to ensuring that communities threatened by violence and exploitation in central Africa experience both justice and safety. We will continue to break down the barriers of isolation and neglect that make them targets for crimes like those Dominic Ongwen faces charges for.

JOIN US. GIVE TO SUPPORT SAFETY IN CENTRAL AFRICA.

In early 2015, former LRA commander and International Criminal Court (ICC)-indictee Dominic Ongwen surrendered to security forces in the Central African Republic (CAR) and was later transferred to the custody of the ICC to await trial in The Hague, where he remains now that trial proceedings have begun. After being abducted by the LRA as […]